Solidarity with Syrena collective in Warsaw! (From Linie206, Berlin Mitte) 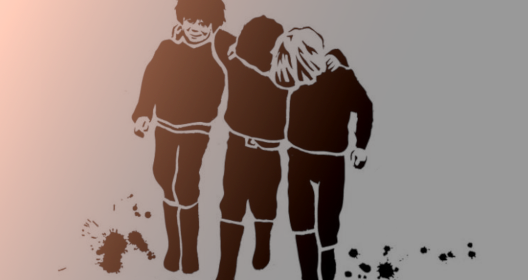 We heard the news from Warsaw with anger and shock. We are sending solidarity and strength to the Syrena collective. Such a brutal, violent and patriarchal attack by mainly cis-men on a feminist collective with the aim of bringing a violent, sexist, trans* and homophobic resident back inside is so contrary to what we are fighting for that we can hardly believe it. Sadly, though, it shows above all that for many people such patriarchally violent behavior seems to present no contradiction to their radical leftist, anarchist identities. What the fuck?!

The description of the attack by the Syrena collective (https://syrena.org/en/atak-na-kolektyw-syrena-oswiadczenie-dotyczace-wydarzen-z-5-12) leaves us speechless – about the attack, about what it expresses, and about the legitimization that the Rozbrat collective, among others, provides to this attack. The narrative of reversing perpetrator and victim appears again and again when people defend themselves against forms of domination that oppress them. The fact that here, too, parts of the scene are pulling this trick in order to justify antifeminists beating out a queer-feminist collective gives us anger and nausea.

Our solidarity is with Syrena and with all other victims of patriarchal violence! For us this also means to fight for structures in which similar things cannot happen again and to do everything so that those affected feel encouraged to talk about patriarchal violence within our structures and can make demands with the certainty of finding support.

Only pointing the finger at others or condemning society as the abstract other always has the function of rejecting responsibility for structural violence. Our spaces and contexts are not an outside of this society. It is the same relations of power and domination. Queer feminism therefore means having to fight against sexism, trans* and homophobia in society and in our own scene. As if the former wasn’t already enough.

Because we know that it is structural power relations that lead to assaults, sexualized violence and hierarchies along gender, our dealing with it has to be also structural and collective. This is also meant as a note to all cis-male comrades. There is no neutrality in this power relationship. To be „neutral“ often means protection of perpetrators. Refusing to confront your own privileges and masculine identity means betraying the FLINTA*s who are around you.

In Berlin, too, incidents of sexualized and patriarchal violence have recently been made public again and again. A movement that sees itself as (pro)feminist must not open its eyes and call for consequences only after an outing. Patriarchal conditions and patriarchal-violent behavior must be constantly reflected upon, criticized, and worked on, and not only when they are being problematized by FLINTA*s or queer-feminist collectives.

Nor must we accept when sabotage of feminist practices is legitimized with supposed anti-authoritarianism. A liberated society does not exist, nor is it, unfortunately, within reach. We need queerfeminist tools to dismantle the existing relations of domination and to develop practices that enable emancipation from them.

Our solidarity is with the Syrena collective and all others who resist patriarchal, anti-feminist, trans* and homophobic violence and fight for a better world for all! Smash patriarchy in society and in our movement! Let’s make queerfeminism a threat! For a queerfeminist future!